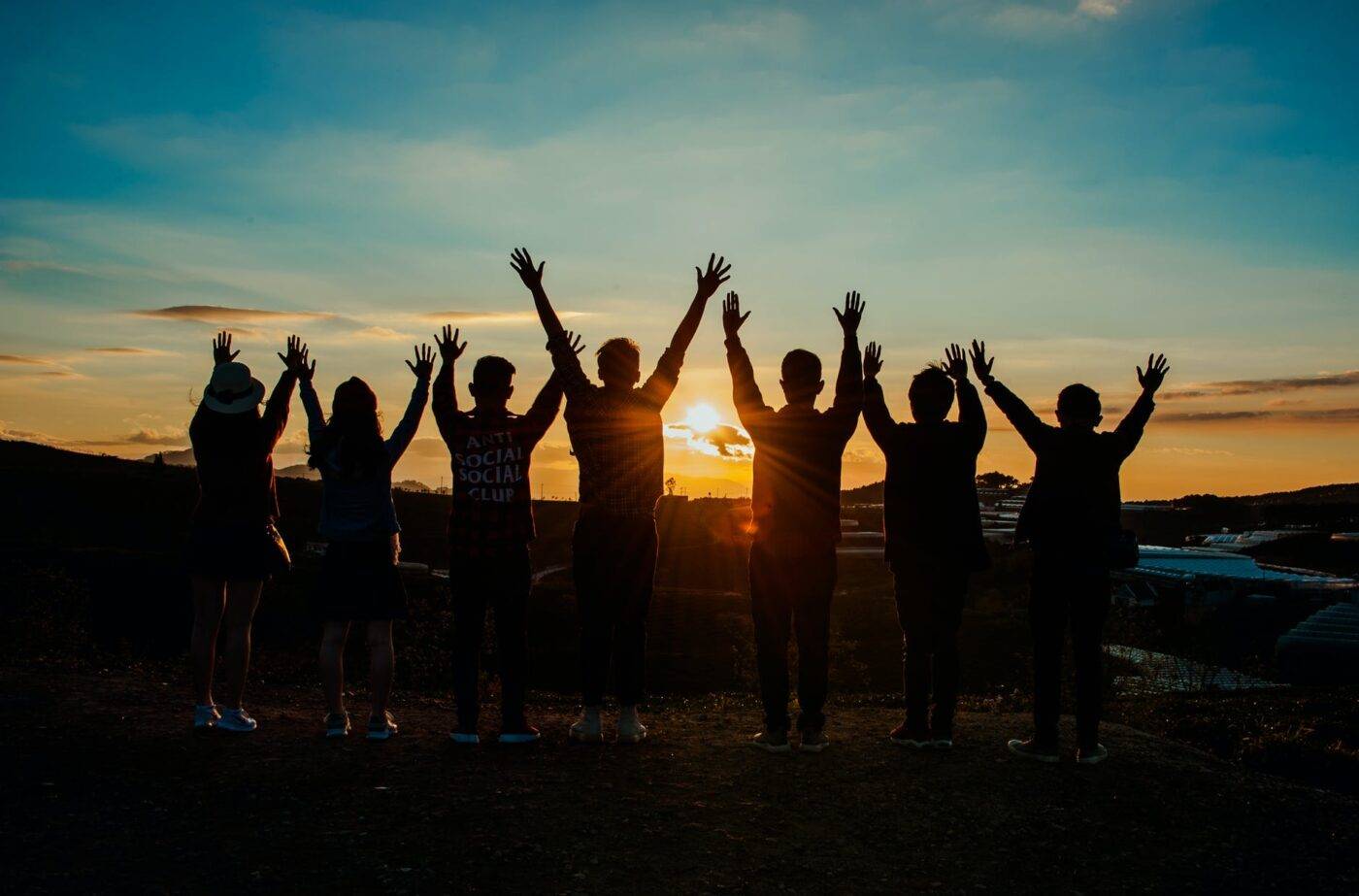 As I am writing this, it is approaching the end of 2020 and the Covid-19 pandemic is still raging on.  Even though my team was already a virtual team, the pandemic upended our 2020 plans and how we work together.  My team has had to go through the Forming (technically Re-Forming), Storming, and Norming stages again.  And while it has been difficult, I can attest that we are seeing a little bit of light at the end of the tunnel.  Mind you, not the pandemic tunnel, but I can see signs that we are finding our way back to high performance.

And it should be the goal of every team to reach this level of high performance, not just those who are figuring out how to work together during the pandemic.  In normal times, all teams should strive for high performance.  This is the stage of team development where the team is really starting to hum and perform above and beyond a collection of individuals.  When a team has a healthy collaboration, the sky’s the limit for that team.

But helping the team reach this stage of high performance isn’t just the role of the team leader.  All team members should take ownership of how the team is working together, and be willing to put in the effort to improve its overall performance.  It is for that reason that I wanted to do a series on how to build team effectiveness.  My goal with these articles and tools, is to help you get back to high performance as quickly as possible.

The critical components of the Performing stage

A lot of people think that the Performing stage is the final destination, and when you reach it then you can just sit back and allow the team to function.  But taking your foot off the gas pedal is just a way to have the team stagnate.  In fact, you need to be investing in your team even more in the Performing stage if you want to maintain your high performance culture.  Specifically, you need to keep your team challenged, keep them flexible & innovative, and create a culture of constant learning and improvement.

High performing teams need to be challenged.  So as you achieve more and more, you need to set more and more challenging goals.  What worked for last quarter should be the baseline for the next quarter.  When your team is really clicking, going after big, hairy, audacious goals is not so crazy.  That being said, there is a risk that you could make the goals too challenging.

When setting goals for your team, you need to find the right balance of pushing the goal line but keeping it within the realm of possibility.  No one wants to work on a goal they feel is impossible.  For me the best metaphor is working out.  I would never set a goal for myself to become an Olympic level athlete, because I just don’t have that natural potential.  But I could set a goal for myself to improve my speed and weightlifting by 10% the next year.  A 10% jump will be tough, but it won’t be impossible.

Cultivate a willingness to learn

One of the biggest risks of a high performing team is that they start believing how great they are, especially if they are able to overcome the difficult challenges you set for them.  In essence, they start to believe they are high performing, they lose their hunger and drive to push themselves, and ultimately they get complacent.

Truly great high performing teams always have a culture of humbleness.  They know they can always get better.  They also are willing to give and receive feedback with each other.  There is no stigma about positive or constructive feedback.  And at the root of this humbleness and feedback is genuine willingness to learn.  Great teams never get complacent because everyday they want to try something new, learn, and ultimately improve themselves.

There are many different tools that you can use to build team effectiveness during the Performing stage.  Here are 3 of my top recommendations:

Even though it is critical to challenge a high performing team to do even better, it is also risky.  If you make the goals too easy, then they will start to coast.  If you make the goals too difficult, then people will be demotivated, and possibly even give up.  What you want to find is the point where you are stretching the team to new limits, but not so far that they snap.

When setting stretch goals for your team, it is possible to stretch them in two different directions.  A vertically stretched goal is one where you raise the bar in what you are trying to achieve.  For example, a vertically stretched goal is setting sales targets at 120K instead of your original target of 100K.  On the other axis, a horizontally stretched goal is one where the goal is expanded into new areas, new processes, or new parts of the organization.  For example, marketing your product to a new industry is a horizontal stretch.  In both situations, you are challenging your team to accomplish more than they originally thought possible.

Click here for more information on how to set stretch goals with your team.

Not all feedback is the same.  You might want to tell a colleague that their idea is the dumbest thing you have ever heard, but that type of feedback wouldn’t help the other person.  Helpful feedback starts when you enter the conversation with good intentions and create a comfortable, safe space where you can give open, honest and direct feedback that the other person can apply.

Once you have the right mindset, we recommend that you follow these 5 steps to give honest, direct, and helpful feedback

The first thing you need to tell them is “What exactly happened.”  Focus on objective things the other person did, and avoid making general statements.  For example it is better to say “You were late to the client meeting last Thursday”, instead of “You are always late.

But just say what happened isn’t enough.  You need to explain the positive or negative consequences of that action.  The key thing to remember is that the other person needs to see these consequences as important.  If they don’t care about other people’s feelings, then don’t focus on how their tendency to interrupt in meetings makes teammates feel frustrated.  Instead focus on how we aren’t hearing everyone’s ideas and we risk missing some key information.

While the first two steps are you telling the other person what happened and the impact it had, starting with step 3 the conversation shifts from a monologue into a true dialogue.  In the Why step, you need to ask questions on why the person did what they did.  The most important thing to remember is to keep an open mind.  Maybe they did something for different reasons than you think.  Maybe they had good reasons for doing what they did.

If you have done a good job explaining the consequences of an action and have dug into the root causes of why the action occurred, then the 4th step is easy.  This is when you ask questions to help the person figure out how to stop doing the negative action (or do more of the positive action).  Remember that it is not your job to tell the other person how to solve it.  Your job is to help them come up with their own solutions.

In the end, you both need to come to an agreement on the next steps you both will take.  Don’t be surprised if you are asked to support the change or do something different yourself.  But remember that your mindset should be of wanting to help the other person, so their requests (within reason) should be something you are willing to do.

Click here for more information and some tips & tricks on giving fierce feedback.

Push Their Boundaries Through Creative Brainstorming

High performing teams can sometimes get stuck in mental ruts.  They are still performing at high levels, but since they don’t want to rock the boat, they aren’t as willing to try new and disruptive ideas.  This is why you need to keep pushing the team to come from old problems from new directions, and to generate new ideas.

With that in mind, we recommend a simple 6 step process to help your team brainstorm new ideas.  The first few steps are just the same as your normal brainstorming processes, but step 4 introduces “disruption cards” that take the process in a whole new direction.  These disruption cards purposefully make the team think about the problem from completely new angles, and the subsequent ideas you generate are more valuable than just your normal brainstorming process.

Here is a step by step guide on how your team can conduct disruptive brainstorming.

All the pain of Forming, Storming, and Norming is so you reach Performing

The best team I ever worked on was small, but incredibly impactful.  We were formed out of a large restructuring, where I saw the majority of my colleagues leave.  In fact, the team went from 14 people down to 4, while the responsibilities stayed almost the same.  This would have been a daunting task for anyone, but my leader at the time was able to pull us all together and accomplish some truly amazing things.

When looking back, I have an easier time seeing what he did.  In the beginning, he really focused on building the team camaraderie and alignment around a shared mission.  When things started to get tough, he helped us work through our differences and become even closer.  And even when we started to really click as a team, he always challenged us for more.  While I didn’t see it then, I know it now.  He successfully led my team through the Forming, Storming, Norming, and Performing stages.