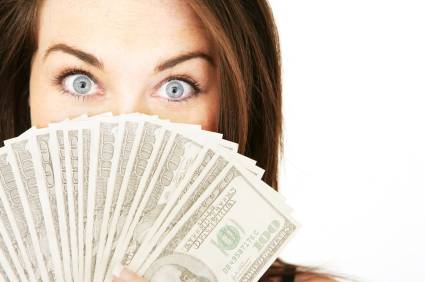 The other day I was listening to a podcast, when they read an advertisement for a mattress that you could have shipped to you, and it had a 90-day money back guarantee (even including shipping). The risk seemed to be entirely on the side of the company, as you could have someone use the mattress for 3 months, and then still return it. It’s not like the company could then resell a used mattress. So, this 90-day risk free trial seemed like a bad business model. I began to wonder. Was it a bad business model or was the mattress company taking advantage of our biased thinking.

Logic would dictate that this is a bad business model. Mattresses are high cost items with little resell value, so logically any returns are bad for business. But as frequent readers of Caveman in a Suit already know, humans and logic don’t always go hand in hand. Our biased thinking is everywhere. We are biased in our memories. Our self perceptions are biased. How we view data can be skewed one way or another. Even how we perceive other people can be biased.

Why the 90-day guarantee works

The reason why this 90-day money back guarantee works is because people place significantly more value on things they own as compared to things they don’t. Most people never even think about returning the mattress once they bought it. Just by owning it the value has already increased in their minds.But just because humans can be biased in their thinking, it doesn’t mean that we cannot predict and understand this irrationality.

How we value things is an important part of making decisions. Every time we make a purchase, we are deciding whether or not this item is more valuable then the money we have. Economists would go even further and say that we should be thinking about the opportunity cost, and thinking about what other things you could do with that money. In reality most people don’t think about the opportunity costs, and your beliefs on the value of the item is based on things like whether or not you already own it or if you helped build it.

Just because you own it doesn’t mean its worth anything

A great study by Dan Ariely was one where he looked at how students at Duke valued tickets to the Duke basketball games. In order to get the free student tickets to the basketball games, the Duke students have to camp outside the stadium for weeks, and when an alarm randomly occurs the students have to check in. These alarms happen all hours throughout the day and night, and if you fail to check in then you are put at the back of the list. Needless to say only the most devote Duke basketball fans get the tickets.

So in his study, Ariely contacted all the students who had participated in the ticket process.  For those who had failed to win the tickets, he ask them how much they would be willing to pay a winning student for their ticket.  On average they said they would be willing to spend $175.  Their rational was pretty logical.  One student argued “for $175 he could also watch the game at a sports bar, free, spend some money on beer and food, and still have a lot left over for a few CDs and even some shoes.”  These students really factored in their opportunity costs when deciding how much to spend on a ticket.

On the other hand, the students who had won the tickets were only willing to part with them for $2,400.  A winning student argued that “Duke basketball is a huge part of his life.  He went on to explain that the game would be a defining memory of his time at Duke, an experience that he would pass on to his children and grandchildren.  He wondered if you really could put a price on memories like that.”

From a logical perspective, the value of the game should be seen at similar levels.  Both sets of students had put in significant effort to win those tickets, and that effort shows how they valued those tickets.  But the mere fact of owning the tickets has increased their value.  This should not be a strange concept for anyone that has ever sold their car, their house, or anything else they owned.  Sentimental memories of something skews your perception of value of it.  While another person does not share those sentimental memories, and hence values it less than you.

No one wants to buy your Ikea bookshelves

Another illogical bias was first identified by 3 professors in 2011 (Michael Norton – Harvard, Daniel Mochon – Yale, and Dan Ariely – Duke). It was lovingly named the IKEA effect, because “labor alone can be sufficient to induce greater liking for the fruits of one’s labor: even constructing a standardized bureau, an arduous, solitary task, can lead people to overvalue their (often poorly constructed) creations.”

Being a part of building or assembling something has an intense influence on our psyche, and it isn’t just with furniture.  A lot of tech companies utilizes this bias to hook its customers.  Every time we create a personal profile, customize a website for our preferences, or invest our time in a website, that website is becoming significantly more important in our mind.

The IKEA Effect and you

So, what does this IKEA effect mean for you?  It means that you are more likely to overvalue the things you have already invested in.  Whether that be time, money, or effort.  It means that that backyard deck you built adds incredible value to your enjoyment of your house, but it adds little to what someone else would be willing to pay for your house.  And it means the IKEA bookcase you want to buy at a garage sale should be closer to $5 and not $50.

With that in mind, here are some scenarios where you might be falling victim to these value skewing biases.

Garage sales or selling your things

Before participating a garage sale, you need to ask yourself one question. Am I doing this to make money, or am I doing this to get stuff out of the house? If you are doing it for the money, then pricing high and negotiating makes sense. But if you are trying to declutter your life, make sure you aren’t over pricing, and be prepared to accept a price lower than what you value it at.

If you like fixing stuff or building stuff around your house, then most likely you are going to overvalue the changes you made, especially if you are ever looking to sell the house. Be prepared that potential buyers are not going to think your hand-built deck is as amazing as you do.

90-day money back guarantees are designed to leverage these biases. Marketing geniuses know that after using that new mattress or a that new app for a couple weeks will dramatically increase how you value it. Just by owning it makes you more willing to pay a higher price for it.

Some people want to avoid assembling anything (furniture, toys, etc…), but it is possible to leverage the Ikea effect for your happiness. While assembling that new bookshelf might take time, in the long run you will value it more then the bookshelf that came already fully assembled.

Don’t fall into the trap of biased thinking

While it would be nice to think of people using logic and facts when they value something, that just isn’t the case.  By better understanding this bias, you can make sure you aren’t falling victim to its traps, and potentially even benefit from it.