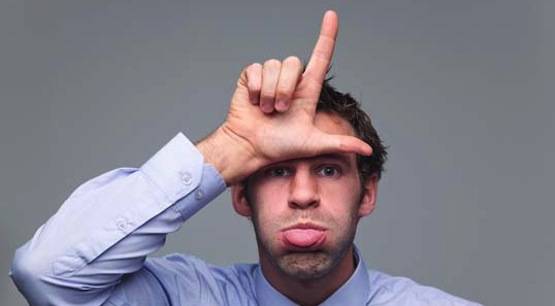 One of the companies I worked for had humbleness as one of its core values. We were meant to be humble in how we dealt with our customers, our colleagues, and as leaders. While it is a great aspiration, being humble was not something I saw a lot of in my career. I am not just talking about this one company, I am talking about every company I worked for or interacted with as a stakeholder. Humbleness is not something the majority of us practice.

And for good reason. Most of the leaders and colleagues I worked with had been very successful in their careers. They had achieved a lot in their career, and so they understandably believed in themselves and their abilities. They believed they were above average. (Hint – If you want to see how many people think they are above average, just wait until it is performance rating time for your organization).

Our self perceptions are biased

The unfortunate reality is that we suck more than we think we do. Maybe not at our jobs, but humans have a proven bias in the way we think. We struggle at accurately comparing ourselves to others, especially when it comes to subjective matters. In essence, we suck at knowing whether or not we actually suck.

But as frequent readers of Caveman in a Suit already know, it isn’t just our self perceptions that are biased. Our biased thinking is everywhere. We are biased in our memories. The things you own are not as valuable as you think they are. How we view data can be skewed one way or another. Even how we perceive other people can be biased.

Psychologists call this the Illusory Superiority cognitive bias, but its better known as the Lake Wobegon effect (named after the fictional town of Lake Wobegon where “all the women are strong, all the men are good looking, and all the children are above average”). Here are some hilarious research findings

Unless you have dramatically overestimated your own understanding of statistics, most of you know that 93% of people can’t be above average.

What does this bias mean for you and me? It means that we tend to overrate our own abilities. We also tend to believe our own opinions more than trying to listen to the opinions of others. It means we tend to lose our learning mind-set, where we want to get better every day. We think we are better than most, and so we take our foot off the gas.

But all is not lost. The first thing you need to do to break this bias is to accept that it impacts you too. If you find yourself thinking that this applies only to other people, then you are experiencing the bias as speak. This impacts everyone, even you.

The second thing you need to do is change how you are comparing yourself to others. Use objective measures and seek out data that can help you assess your abilities. What was your team’s performance on certain metrics compared to other teams. How many driving tickets have you gotten versus the average driver in your area? When we just use subjective opinions, we are more likely to lie to ourselves or hear what we want to hear.

Finally, practice humbleness by asking other people their opinion of your abilities is a great way to break this bias. This could be formal (a 360 assessment) or an informal request (over a cup of coffee). Make sure whoever you ask that this is not meant to be an ego boosting request, but something that requires honesty and openness.

Confidence in our own abilities is great, but true humbleness will make you a better person.

Highlight it and Tweet it –Humans suck as knowing whether or not we actually suck. Thank you Lake Wobegon Effect. #Cavemanthoughts #Breakingbiases http://cavemaninasuit.com/?p=51

2) Mark D. Alicke; Olesya Govorun (2005). “The Better-Than-Average Effect”. In Mark D. Alicke; David A. Dunning; Joachim I. Krueger. The Self in Social Judgment. Studies in Self and Identity. Psychology Press. pp. 85–106.