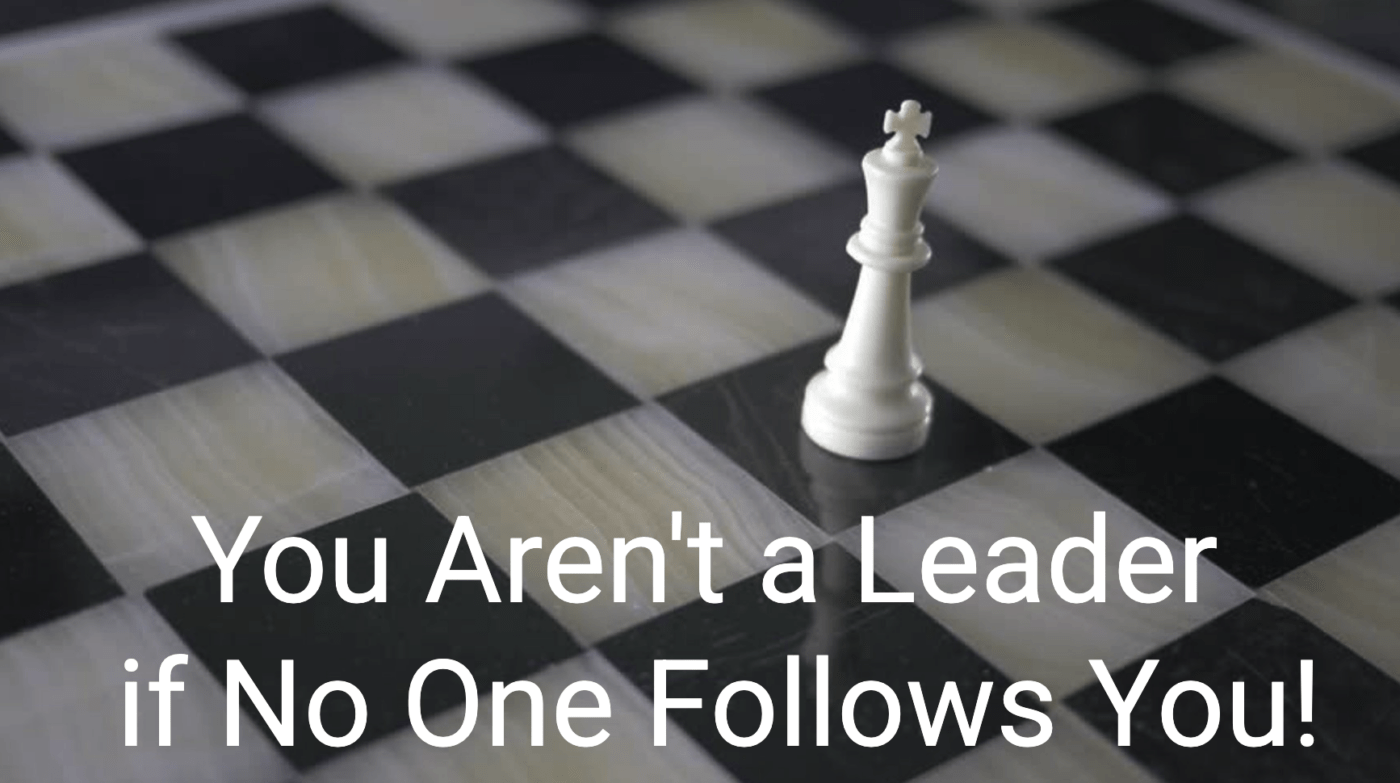 Earlier this year, I wrote an article about how there is no recipe for great leadership. If you were to think back on some of the best leaders you ever knew, you might find some shared traits, but more often than not you would also find some leaders that run counter to those traits.  The reality is that great leadership is about leveraging unique strengths, not checking the boxes on a set of desired traits or skills.

In this article, we will continue our debunking of the concept of “great” leadership, by exploring a fundamental truth that most leadership books ignore. Leadership is not about the leader. It’s about the followers.  A person can have all the “ideal” traits, but if no one follows them, then they aren’t a leader.  If we truly want to improve our ability to lead people, then we need to stop viewing leadership through the lens of the leader, and instead view leadership through the lens of the follower.

I was reminded of the criticality of defining a leader through the lens of their followers by the book “Nine Lies About Work: A Freethinking Leader’s Guide to the Real World” by Marcus Buckingham and Ashley Goodall.  Nine Lies uses research, data, and engaging stories to identify and dismantle some of the most common beliefs we hold about work and replace them with simpler truths.  My personal belief is that every senior leader and HR manager needs to read Nine Lies.

I can personally attest that some of my core beliefs about leadership and high performance were completely shook up.  For example, earlier in my career I was a huge advocate for cascading goals from the top to the bottom of an organization. But after reading Nine Lies, I realized that most organizations should focus on cascading purpose, and let goal setting happen organically. That is why I have been writing this series of articles on the Nine Lies. My hope is that these articles can open your eyes to the need to think about leadership and talent differently. I also hope you buy the book.

What makes a great leader?

Earlier in my career I worked on a lot of projects to define great leadership.  I would always work with leaders in the companies to define what great leadership meant to them. We would identify the qualities they saw as important in their success and in the success of others.  It should be no surprise that a pretty standard list of generic “leadership” traits would emerge. Most of the models focused on being ethical, caring for others, creating a winning strategy, great communicator, coalition builder, etc…

For the longest time, I never really questioned these “ideal” leadership traits.  Each one made sense.  I mean everyone would want to work for a leader that shows empathy, is inspiring, and works well with others.  Just as everyone would want to avoid a leader who is unethical, a horrible communicator, and a horrible decision maker.  But the reality is that all leaders have flaws.  Even some of the most revered leaders in history have significant gaps in these “ideal” leadership traits.

Once we stop thinking about leaders in terms of some checklist of traits and abilities, we can start thinking about leaders through the lens of what really defines them: their followers.  It doesn’t matter what skills you have or what traits you possess.  If no one follows you, then you aren’t a leader.  You’re just someone with a title.

The beauty of this definition of followership is that it provides a clear and measurable desired outcome for leaders (see my March Human Capital article on Lie #1).  And by focusing more on the outcomes of good leadership (instead of the methods), we open ourselves up to the great leaders who don’t check all the traditional boxes.  We stop focusing on how each leader needs to fill a skill gap, and instead focus on how a leader can use her individual strengths to deliver the desired outcomes for their team.

Rethinking how we hire, measure, and manage our leaders

This new approach to leadership is not something that can be turned on overnight.  It will require us to rethink a lot of our Leadership and HR processes.  For example:

For some reason, leadership is one of the few things in business that we focus more on the “right way” of doing things and less on the outcomes.  We don’t think bankrupt companies are successful just because they had a great marketing plan. Nor do we think that a project that failed to hit its deliverables is a success just because it followed a project management methodology.

Success in business is defined by outcomes.  Leadership should be no different.