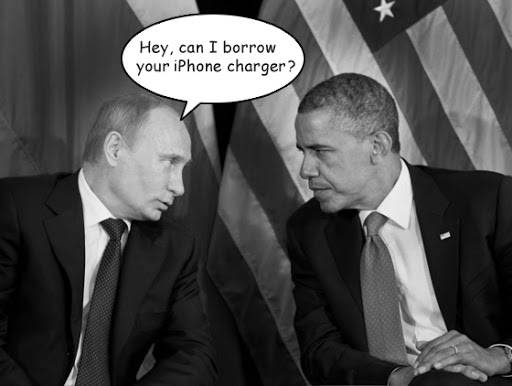 “Having heard that he [a rival legislator] had in his library a certain very scarce and curious book, I wrote a note to him, expressing my desire of perusing that book, and requesting he would do me the favor of lending it to me for a few days. Hen sent it immediately, and I returned it in about a week with another note, expressing strongly my sense of the favor. When we next met in the House, he spoke to me (which he had never done before), and with great civility; and he ever after manifested a readiness to serve me on all occasions, so that we became great friends, and our friendship continued to his death.”

In the 18th century, Benjamin Franklin recognized something that would only be proven almost 200 years later.  Asking a favor from an enemy (or person you dislike) is a great way to improve your relationship with that person.  Now this might seem counterintuitive, especially when you think about someone with whom you have a really fractured relationship.  But it’s true and the research proves it.

I like to read about research being done in areas of psychology, leadership, and business, and I came across this study in the book “The Science of Likeability: 27 Studies to Master Charisma, Attract Friends, Captivate People, and Take Advantage of Human Psychology” by Patrick King. I have to give credit to King, because most research articles can be quite boring to read and the most interesting ones are hardest to find. But King was able to pull together some of the most interesting articles, and write about them in an engaging and human manner. You don’t need to be a psychologist to understand his key points.

So I hope you like this article on the Benjamin Franklin Effect, and look for more articles coming soon about how we can improve relationships using the science of psychology.

The Science Behind the Benjamin Franklin Effect

The first study demonstrating the Benjamin Franklin Effect was published by Jon Jecker and David Landy in 1969. Participants were asked, at the beginning of the study, to complete some tasks, and as a reward they would receive a small amount of money for their participation. From there, the participants were split into three groups:

After the participant decided whether or not to return the reward, they were asked to rate how much they personally liked the researcher.  The results showed that the researcher was perceived as the most likable by the first group, followed by the third group, and lastly by the second group.  In essence, asking when the researcher asked a personal favor of the participants, it significantly changed how they viewed him/her.

Think about this for a second.  The participant just finished a series of tasks and was expecting a reward.  But instead of getting a reward, the researcher asks them to give it back as a personal favor.  They give back their hard-earned reward, and instead of feeling angry or frustrated by not getting the reward, they end up liking the researcher even more then the people who got the reward in the first place.  At the same time, asking for a non-personal favor (on behalf of the department) actually decreased the relationship.

Why Asking for a Favor Improves Relationships

So why does asking favors of people actually make you like them more? The answer is the psychological concept Cognitive Dissonance. First theorized in the 1960’s by Leon Festinger, cognitive dissonance refers to how humans try to make sense of competing thoughts and actions. Our brains do not like competing ideas and beliefs, and our brains will try to change those beliefs so they can be more aligned.

For example, participants in the study had to balance two competing beliefs: “I dislike giving back my reward” and “I did a favor for the researcher.”  These competing beliefs will cause tension in the participant.  Subconsciously, the are asking themselves “Why did I give up the reward?”  And from that tension pops up a new idea that explains and aligns the ideas.  The participant believes “I must like the researcher, because I did a favor for him by giving up the reward”.

Our ability to merge together two competing ideas can also be seen in Benjamin Franklin’s story. The two lawmakers did not get along, and were seen as competitive rivals in the Pennsylvania legislature. So, after the rival loaned Franklin the book, he had to resolve two competing ideas in his head: “I don’t like Franklin” but “I let him borrow my book.” As a resolution, he must have started to believe that he liked Franklin more than he initially thought.

How you can be more like Benjamin Franklin at work

So, how can you apply this at work? All of us have colleagues with whom we could improve our relationships. Whether it be repairing a fractured relationship or turning a good relationship into a great one, asking a small favor of the person will improve how they think of you. But the key thing to remember is that the favor needs to be small in nature. For example, asking for their help or their opinion on one of your projects is simple thing you could do. A rule of thumb is that the favor should take no longer than 3 minutes for them to complete.

After the person completes your favor, then you should take the next step in improving the relationship; doing small favors for them.  By showing kindness and helping them, you are blurring the lines of how they see you.  Most people think in terms of black and white (my friends are nice to me and people I dislike are not).  So being genuinely kind to them triggers another round of cognitive dissonance, and your relationship will continue to slowly improve.

Kill Them With Kindness

I am sure that this might seem like common sense to you.  I mean how revolutionary of an idea is “be nice to people, and they will be nice to you”.  And in many ways, you are right.  But just because we know something, doesn’t mean we practice it on a regular basis.  Speaking for myself, I am not always motivated to improve relationships with people I dislike.  I would probably avoid that person, rather than spend the effort needed to fix our relationship.

While avoidance can be the answer in some specific situations, you, your team, and your company cannot succeed if avoiding difficult people is your main tactic.  My current company, Unity Technologies, has a core value of being In It Together.  We recognize that only by working together through direct and candid conversations, can we achieve our ambitious strategic goals.  And I am certain this need to work cohesively is not limited to my company.

So, the next time a colleague makes you want to roll your eyes or dread joining a meeting.  Remember Benjamin Franklin and his simple trick to turn relationships around; ask them for a small favor.