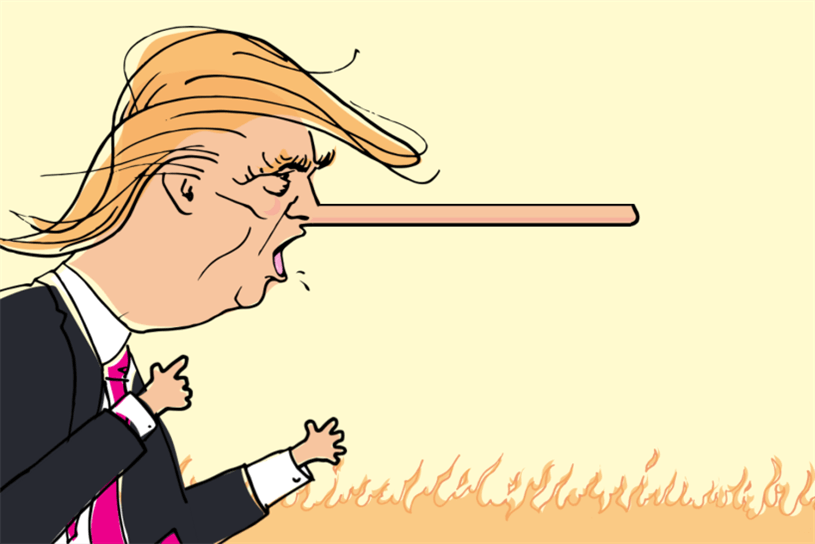 Trump: If you even keep a little track of the US politics nowadays, you might notice a disturbing trend: dishonesty is not only becoming a normal thing, it is being celebrated in the Republican party. Trump is famously (or infamously) known for his constant mistruths or downright lies. As of July 2018, he had amassed 4,229 false or misleading claims during the 558 days of his presidency. Right now, he is averaging 7.6 mistruths a day, but the Republicans don’t seem to care. For a while this feature seemed to be limited to Trump. Roy Moore’s mistruths about underage sexual allegations did disrupt his campaign to be an Alabama Senator. Republican candidate for Virginia Governor Ed Gillespie ran a Trump-like campaign based around his anti-immigrant policies and race baiting lies about sanctuary cities. But Ed, lost too. For the most part Republicans weren’t letting their normal politicians lie as much as Trump. So maybe this was something just limited to Trump.

But then the Kavanaugh Supreme Court hearings occurred, and I was floored by how many small and demonstrable lies Kavanaugh gave during his testimony.

All in all, there are over 10 demonstrable things that Kavanaugh said in his testimony that are not true. That also does not include his previous proven lies to the Senate from his time working in the George W. Bush presidency. On top of that, In the image below you can also see how many times he evaded answering questions. While these were not lies or mistruths, you can clearly see he was not being honest in his testimony. And that made me question his candidacy. Why should someone this distanced from the truth be selected for a lifetime position on the Supreme Court?

But it doesn’t matter if he avoids being honest, spouts mistruths, or even lies to our collective faces. Republicans are not going to stop defending him. But the route cause is not specific to Republicanism, or extreme partisanship. We are all susceptible to this type of behavior. It is rooted in our psychology.

Research shows why we accept lies from our leaders

The reaction of Republicans to the Kavanaugh lies made me look for a deeper issue. I didn’t want to believe that partisanship was the lone culprit. I fully understand the “my team versus their team” mentality, but I didn’t believe that was enough of a reason to forgive all the lies. And that’s when I found this VOX article, which led me to this research article.

To summarize the article, three scholars (Carnegie Mellon’s Oliver Hahl, Northwestern’s Minjae Kim, and MIT’s Ezra Zuckerman-Sivan) ran a series of experiments that show that people are more than willing to look past lies for someone whom they think represents their group. Especially when they believe the person is subject to some ‘deeper truth’, like when Trump says he is under attack from the ‘Fake Media’ or when Kavanaugh said he was under attack from a Democratic smear campaign.

For example, in one of their experiments they surveyed 400 people about one of Trump’s more insane lies that “Global warming was a hoax created by the Chinese.” The researchers found that Trump voters were more likely to justify the lie as a way of challenging the status quo, and shaking up Washington. They didn’t see the statement as false, but rather a weapon in the cultural war that Trump is fighting.

The other experiment created a hypothetical election on a student campus. One of the candidates was proposing a campus wide ban on alcohol as a way to reduce sexual violence at the school. The other candidate opposed the alcohol ban, and was presenting a ‘study’ that disproved the link between alcohol and sexual assault on the campus. But the subjects were also told that the ‘study’ was a lie, and this was where the results got interesting.

When the person was of the same self-identified group as the lying candidate, they were significantly more likely to rate the candidate higher on measures of ‘authenticity’. Their support increased further if the lying candidate was positioned as trying to preserve some heritage and tradition at the school. And even more people rallied behind the lying candidate if the story also positioned the truthful candidate as gaining support amongst the university’s leadership.

So even though they were told the anti-drinking candidate was lying, people chose to view the lies positively. Especially when the lies supported their self-identified group and went against a symbol of authority. It’s not just the partisanship of I’ll support my team at all costs. There is also some aspects of victimhood and the fear of being oppressed that allows people to just look past lies. So white male Republicans like Trump not only because he is a Republican, but also because he is fighting a cultural war on their behalf against the ‘others’ (women, immigrants, LGBTQ, other religions, etc…)

We shouldn’t value our parties more then honesty

So, what does this mean for us living in the time of Trump? Well first off, we need to recognize that this current Republican mindset of overlooking the dishonesty of Trump and Kavanaugh is not some new phenomenon. This also occurred in the Clinton and Lewinsky scandals. Democrats fell in heavily behind a president who lied, and believed that he was being victimized by an overzealous special prosecutor. And I’m sure this has happened in every other country throughout our history.

But just because both sides can do this, it doesn’t mean we should. We fall into our partisan camps more then we should. We overlook lies when we really shouldn’t. We hold our leaders to a lower standard then we hold our children. And I mean that of both parties. I believe a seat on the Supreme Court should be held by people with unquestionable honesty, and Kavanaugh has a proven record of not being open and honest. I believe the presidency should be a position that tells Americans the truth, even if the truth is hard to swallow.

This is something I think both parties should aspire towards, because if we don’t, then we are just setting ourselves up for failure. If leaders only tell you what you want to hear and you only seek out news from partisan sources, then you’re not getting the unvarnished truth. Sometimes being a citizen requires us to look at the ugly truths that we would love to ignore. Only then can we be an engaged citizenry, instead practicing this current reality of ‘my team vs your team’.

Finally, I want to reflect on one of the most truthful lines from Kavanaugh’s testimony; “what goes around comes around.” He meant it as a threat against the Democrats, but I think it’s a more apt warning for the Republicans. The ‘Me Too’ movement has forced Democrats to come to terms with the lies they told themselves about Bill Clinton’s sex scandals. They started to realize their mistakes in the past, and deal with the fact they supported a sexual predator and his lies.

So, if you are a Republican reading this, then be warned that the lies you tell yourself and the lies you allow your leaders to spew are going to come back around to you. Maybe it won’t be next year or next decade. But at some point, you are going to look back at these Trump years and wonder “What the hell was I thinking?” I feel shame for lies I told myself during the Clinton scandals, and I hope you eventually feel shame for the lies you are telling yourself right now.