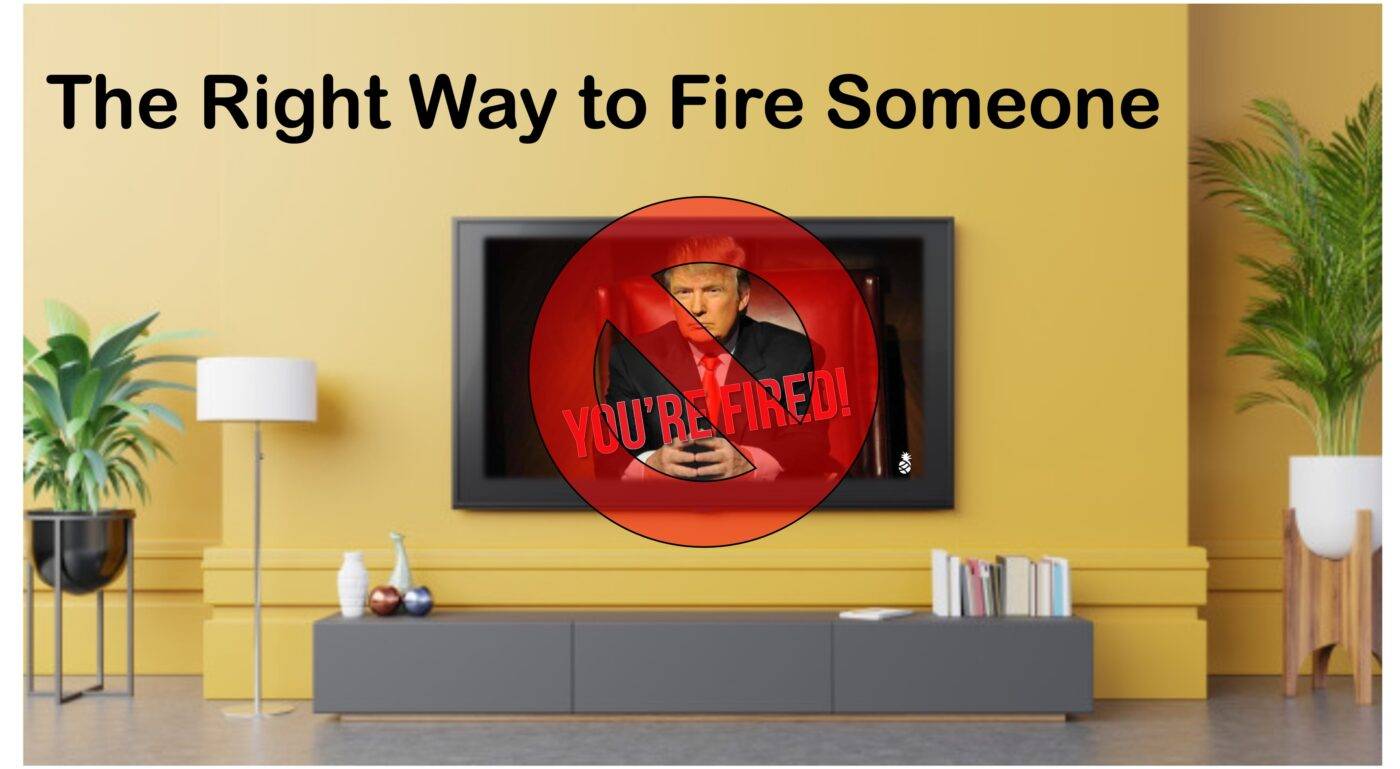 “We need to restructure your team, so find some reasons we can let go of 2 people as underperformers.”  While this is not word for word accurate, I know some managers that were recently given this message.  “The business is underperforming, so it is time to trim the fat.  We don’t want to lose our top performers, but for sure we can get rid of a few under performers.  All we need is a few reasons so we can justify their firing.”

Personally, I wanted to scream when I heard this.  This type of approach to firing someone is reprehensible, often because the employee is caught unaware of any performance issues.  One day they are doing fine, and the next they are being shown the door.  And it shouldn’t surprise us that people distrust leaders, HR, or how their company manages performance.  Would you trust a company that did this to their people?

Unfortunately, this type of approach is also a lot more common than we want to admit.  The uncomfortable truth is that too many managers ignore performance issues when times are good.  And then when the times turn bad, they grab the simplest solution… fire the person immediately.  At the same time, little thought is given to the colleagues that remain.  While they survived this round, the fear and the mistrust of the company and its leaders has been burned into their bones.

From my experience, too many leaders don’t know how to fire someone. It was because of situations like this that I wanted to write about underperforming employees and what you can do about them.

The first thing you need to do to address issues of underperformance is to give direct and honest feedback to the person.  You owe it to them to highlight issues where they are struggling, before it reaches the threshold of termination.  We recommend the Fierce Feedback model, and have written about it previously. Basically this approach to feedback is built around 5 simple steps:

Providing direct and honest feedback (with a positive intent) is a critical role in today’s workforce.  If you don’t do it, you risk not only demotivating your teammates and colleagues, but you hinder their ability to perform to the best of their abilities.  When it’s done right, you resolve issues of underperformance before they escalate.

In most situations, providing direct and honest feedback will resolve any underperformance issues, but if the person doesn’t improve, then it is time to move onto the next action: a Performance Improvement Plan (sometimes called a PIP).  A PIP is basically an agreed set of goals and actions the person will take to improve their performance.  At its core, a PIP provides the employee clarity on what they need to do, and an opportunity to improve their performance before a more drastic step is taken (i.e. termination).

A PIP doesn’t have to be super formal, or complex.  In fact, the best PIPs are simple and easily understood by all parties.  There should be no surprises, and the employee should have clarity on whether or not they are achieving the goals set out in the PIP.  That is why we recommend these 4 steps for creating a Performance Improvement Plan:

When done correctly, a PIP will accomplish one of two things.  A) The person improves their performance.  B) They can clearly see that they have not met their performance improvement targets, and they can see the writing on the wall.  In fact, I’ve seen many people resign from the company before the company fired them for performance issues.  Because of the PIP, they understood the role was not a fit for them, and they took action themselves.

But there are some other people that will not resign on their own, and that is why you need to be prepared to terminate their employment.  Different countries and different companies have different policies on how exactly to terminate someone.  But I believe there are some core principles that you should follow when letting someone go.

Always use the Golden Rule with Under Performers

People not doing their job or delivering what they are supposed to deliver can be incredibly frustrating.  It might seem desirable to skip Milestones 1 and 2.  The work version of using a scalpel to cut the tumor out of the body the second you realize it is cancer.  But cancer cells don’t realize they are harmful to the rest of the body.  Humans on the other hand have the capacity to learn from mistakes and grow.

Imagine if your boss fired you without ever giving you clear feedback or allowing you the opportunity to address your performance gaps?  Would you think it was fair?  Wouldn’t you be pissed that no one told you that you were under performing?  That is why the best advice when dealing with under performers and possible terminations is to follow the Golden Rule.  Treat underperforming people in the same way that you would want to be treated if you were under performing.