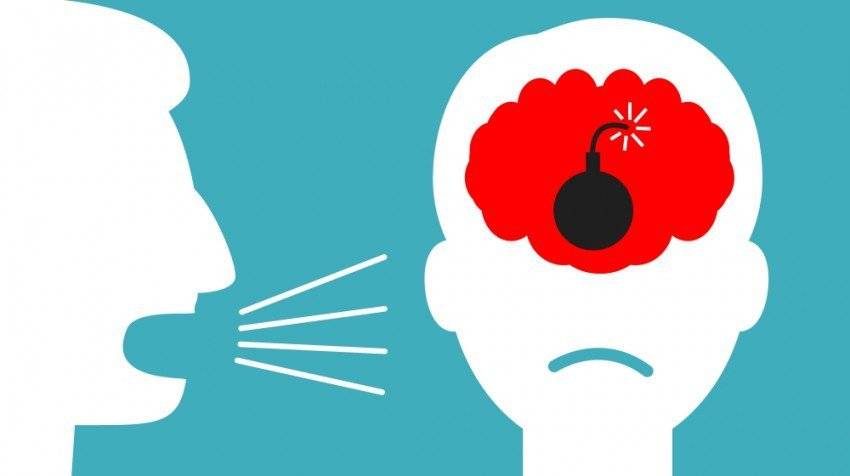 I am embarrassed to admit it, but delivering feedback was not easy for me during my time as a people manager.  I found it a real struggle to begin this conversation. Whenever I noted a small improvement that was needed by a team member, I was uncomfortable and hesitated to broach the subject. What would happen then was that the behaviour would evolve into a bad habit.  And then whenever I had to deliver truly tough feedback, I would muddle the message because I didn’t want to hurt the other person’s feelings.  At the end of the conversation, they would never know if they were in trouble or if they were amazing.

On the flip side, I also struggled with giving positive feedback.  In most cases I didn’t provide enough of it.  I would tell myself that my team members ‘know’ that I think their performance is good, so I didn’t have to say it.  And whenever I delivered actual feedback, it was primarily at a surface level.  I offered a lot of “Good Jobs” or “Ata-boys”, and thought that these were sufficient in terms of positive feedback.

Providing open and honest feedback to colleagues and employees is one of the most important elements of growth and professional development. And I lacked this important skill.  This was a reality I had to face when I was passed over for a promotion, and almost demoted.  While I had led my team to amazing achievements, our relationships were falling apart.  My team members perceived me as a leader who only cared about results and not about the people who created them.  And in many ways they were right.  They didn’t know what I thought about them, because I never gave them meaningful feedback.

Research shows that I am not alone in my discomfort as 65% of employees declare they need more feedback in their jobs, and 39% feel they are unappreciated at work.  Think about that for a second.  Two out of every 3 employees feel like they need more feedback in their daily jobs, and that lack of feedback is causing them to feel undervalued and disengaged at work.  We all recognise what research underscores: employees underperform and do not give their best efforts when they do not feel valued and appreciated.

So, what can we do about it?  The best approach I have seen so far is used by my current company, Unity Technologies.  Giving feedback is a foundational skill of our culture. Every employee takes part in a program which includes: “Delivering Fierce Feedback,” “Active Listening,” “Driving for Alignment in Meetings,” and “How to Build Relationships.”

It is our hope, that by ensuring every employee (from our C-Levels to our frontline) has these skills, we can maintain our culture where everyone feels like owners, where they put our customers first, and where bold ideas become a reality.  But before we dive into the practical skills of giving helpful feedback, we need to ensure we have the right mindset.

So, what is Fierce Feedback? It is entering a conversation with good intensions and creating a comfortable, safe space where you can give open, honest and direct feedback that the other person can apply.

Your mindset is critical.  In fact, I often think having the right mindset is more important than having the right skills.  Consider this: would you rather have a colleague who truly believes that providing direct and honest feedback is essential, but just doesn’t have the skills?  Or would you rather have one who knows how to provide feedback, but really just doesn’t believe in its importance?

Personally, I’d rather have a person who genuinely believes in the importance of giving feedback to aid growth and professional development, but just doesn’t know how.  This type of person will try and figure out their own ways of effectively communicating feedback, and even if they don’t have the right skills, they are still trying to do things in the right way.

We believe there are four critical mindsets that you need to hold:

You are on their side

Too often people (including myself) will use feedback as a weapon.  You angered me, so now I’m going to tell you off.  But this kind of weaponized feedback isn’t helpful.  In fact, it will most likely cause the other person to become defensive, or to be hurt in the process. Fierce Feedback is about helping the other person recognise and reinforce positive behaviours, and play down detrimental ones.  It’s about helping them become better. This requires that we try to understand their perspective so that they feel safe and comfortable enough to listen.

Approaching feedback with a belief that you know what happened and you know what the person should do in the future, makes you ignore the other person’s perspective.  If you truly want to be on their side and avoid weaponizing feedback, then you need to do two things: be curious about their perspective and remove your own negative emotions from the conversation.

We owe it to people to be honest, because feedback is a right –

I really struggled with this mindset.  Not wanting to hurt the other person, I would try and soften negative feedback, and sometimes, avoid giving it all together.  At the time, I didn’t realize that I was actually hurting the other person more by not providing honest feedback.

Do you want an example of why we owe it to be honest to people?  Have you ever had something embarrassing happen to you at work – an occasion where your zipper was down, or you had food lodged between your teeth?  Well, would you rather someone had told you to your face sparing you further embarrassment , or would you rather have found out at the end of the day when you got home and looked at the mirror?  In one situation, someone was considerate enough to be honest with you, while in the other situation, no one was willing to tell you.

We all have things to learn

Feedback is also something we should seek out and request.  Only narcissists think they are perfect and have nothing to learn.  But for the rest of us, we need to embrace that we all have areas where we can improve.  Maybe that means overcoming a weakness or a gap, or maybe it means improving something from good to great.

Feedback is also a gift.  It’s a privilege to receive it

When we do actually receive feedback from other people, we need to treat it with respect.  Becoming defensive, emotional, or ignoring the feedback are quick ways to make sure you are not offered feedback again.  If someone works up the courage to give you feedback, then you need to have the courage to hear them out.

But being open and respectful to receiving feedback doesn’t mean you have to agree with what everyone else says about you. That being said, it does mean that you need to be curious about their perspective, and be willing to discuss it openly with them.  By listening to feedback (even if you disagree with it), you are gaining valuable perceptions about yourself, and are less likely to be unaware of glaring issues.

The 5 steps for giving Fierce Feedback

These steps may be simple to grasp, but can be difficult to master.  They might seem like common sense to you, and in truth they are common sense actions.  But as you are learning more about them, reflect and truly ask yourself if you are completing each step when providing feedback to your team members, your colleagues, or your direct manager.

Have you ever received feedback from someone who just talks and talks and talks, and never gets to the point?  It can be infuriating, or anxiety-provoking always waiting for the other shoe to drop.  That’s why Step 1 is to describe the behavior that you observed, while being as specific and direct as possible.  The goal should be to describe what they did in one to 2 sentences.  Any longer and it becomes a monologue about how bad they were.  Focus and clearly say, “You did X.”

Explain the impact of the specific behaviour on you (or your perception of the impact on others) and its significance, immediately after describing it to the other person. The “So What” step is all about motivating the other person to either do more of a good behaviour or do less of a bad behaviour.  And for that reason, make sure you describe the consequences of the behaviour in terms that the other person understands and cares about.  If your team member or colleague doesn’t care that they are coming across as a jerk, then find a key that unlocks their understanding, i.e. they might get assigned to less interesting projects, their ideas will be ignored, etc.

Up to this step, it is just you talking, but Fierce Feedback isn’t meant to be a monologue.  It is supposed to be a conversation, and that is why Step 3 is all about opening a dialogue.  Your first goal is to identify the core issue that causes the behaviour.  Did something happen that you didn’t know about?  Did you play a role in the bad behaviour?  Think of yourself like a doctor or forensic scientist, asking questions to make sure you find out the root cause of the bad behaviour, not just the surface level symptoms.

Once you have reached a shared understanding of the root cause of the behaviour, then explore options on how to address it and reach a desired result.  The critical thing to remember in Step 4 is that the receiver of feedback should be the one coming up with proposed solutions, not the giver of feedback.  Adults, like children, are significantly more likely to do something if it’s their own idea, as opposed to being told what to do.

Once you have reached a shared plan on how to address the root cause, then jointly decide on the next steps.  What actions will the person take, and what will you do?  And if you are their manager, then we also recommend you help them set timelines and goals for their improvement, and schedule some follow-up meetings to track their progress.

When giving “Fierce Feedback,” we recommend the following:

Providing direct and honest feedback (with a positive intent) has a critical role in today’s workplace.  If you don’t provide it, you risk not only demotivating your teammates and colleagues, you also hinder their ability to perform to the best of their abilities.  When it’s done right, “Fierce feedback” helps keep your organization humming with happier, better and more motivated people.

One thought on “Are you providing the right kind of feedback to your team and colleagues? (Fierce Feedback)”