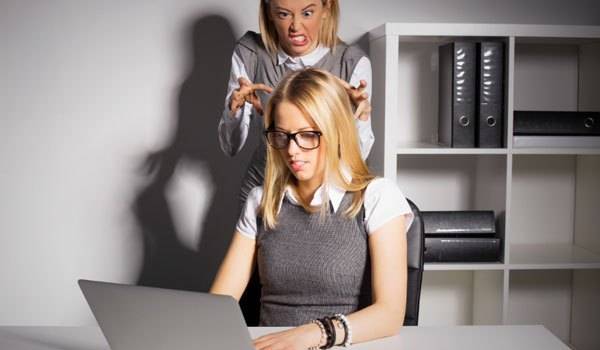 “I need more resources but my boss won’t allocate them to me. All he says is for me to work smarter, not harder.  He doesn’t actually help me, he just says generic crap.” “I can’t stand that guy!  Every time we try to propose a new solution, all he does is poke holes in our idea.”  “She’s missed another deadline…  She always makes promises that she never delivers.”  We all know them, we’ve all worked with them, and they are a part of every job.  They are the colleagues who are really challenging to work with, and they are the cause of a lot of conflict at work.

Conflict among colleagues is a constant in the work environment.  Unfortunately, most people really don’t like conflict, and they will do whatever it takes to minimize it.  And even though it is a necessary requirement of being a leader, we have seen a lot of leaders avoid these conversations altogether.  However, science shows that conflict is a good thing, and is something that should be welcomed in the workplace.

The difference between a good workplace and an unhealthy workplace isn’t a lack of conflict among the colleagues.  Instead, how you and your colleagues handle conflict is what separates a great place to work from a toxic environment.  You need to be aware of how to handle difficult colleagues, and when done well you can use this natural conflict to the betterment of your team.

Characteristics – “Let me play Devil’s Advocate here for a minute.  I really don’t see this working.”  Some difficult colleagues love playing the Devil’s Advocate, and they love nothing more than to poke holes in everyone else’s ideas.  Sometimes taking a contrary stance is great as it helps guard against groupthink, but too much and the person can seem like they aren’t a team player.  Often we want to shake the Black Hat colleague out of pure frustration, and tell them to stop pointing out what is wrong with the idea and instead focus on what is right.  But if you ever said that to them, they would try and point out the flaws in what you were saying.

How to deal with the Black Hat

The Know it All

Characteristics – “A few years ago I tried the same thing, and let me tell you exactly how it will go for you…”  The Know it All has experienced everything, knows everything, and has an opinion about everything.  And in their mind, their opinion is as good as the truth.  In reality, most of what they give their colleagues are irrelevant facts, stories that do not help the current situation, and lessons in how to sound egotistical.

How to deal with the Know it All

Characteristics – “Can I have a quick look at that, before you send it out?  I might have a few comments.”  Nothing can be done without them seeing it first and them giving their corrections.  The Control Freaks see themselves as perfectionists, while everyone else is ridiculously amateurish.  Unfortunately, ‘perfectionism’ also causes a lot of missed deadlines, as the Control Freak is a bottle neck.  Work piles up and decisions get delayed, all because the Control Freak isn’t able to manage everything.

How to deal with the Control Freak

Characteristics – “……… crickets………”  There is no real quote from the Invisible Man or Invisible Woman, because these difficult colleagues tend to blend into the walls.  In meetings, they are silent, and offer no decisions or opinions.  It isn’t that the Invisible Man is stupid, its just he is socially reserved.  In fact the Invisible Man usually has good ideas, but it takes a crowbar to pry his mouth open.

How to deal with the Invisible Man

Characteristics – “There is just a few things I need your help on. The boss has asked for these for tomorrow, so I need you to drop everything else.”  Mr. or Mrs. Teflon are difficult colleagues because they have the uncanny ability to get others to do their work.  Either through procrastination, influencing skills, or even bullying, they are able to offload their work.  Usually it is just their direct reports that get overburdened by their ‘delegating’ skills, but sometimes they will try and pass off work to their colleagues or boss.

What to do about Mrs. Teflon

Developing a healthy relationship with difficult colleagues is not easy.  It is very easy to get emotional, and just want to retaliate against them.  While in the short term it might feel great, in the medium to long term it will hurt your team and company.  You need to work with your colleagues, even if they are a ‘Pain in the Ass.’  The best way is to remember what type of Pain you are dealing with, and develop your ways to neutralize their bad habits.

Just being miserable while you wait for them to quit or be fired is not an option.  Take ownership for trying to make you relationship better.  Because if you don’t do it, no one will do it for you.

I would also like to give credit to the company who is the inspiration for this article on conflict.  I have had the pleasure to work with the international training company Mind Gym, which specializes in integrating best in class practices, science, and energetic activities into 90 minute training modules.  You might not think you can learn a lot in 90 minutes, but you would be wrong.  Mind Gym has created some of the best material I have ever worked with, and that is based on my experience running the training and development for 2 Fortune 500 companies. You can find more about them at: https://themindgym.com/