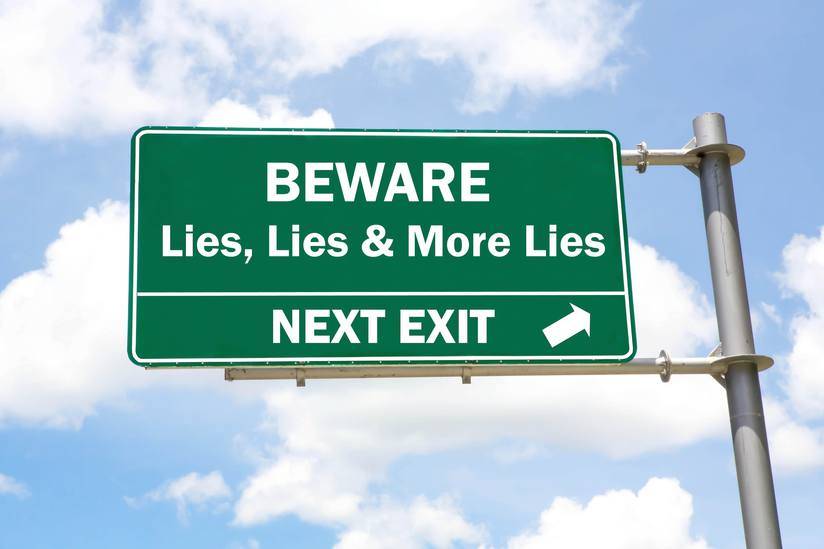 4 LIES That Leaders Tell Themselves

Managing people is tough. I should know. Not only have I been building leadership development programs for over a decade, I myself have gone through my own management difficulties. And for the first 3 years of being a people manager, I really failed at it. If I am honest with myself, I often failed because I didn’t have the courage to be a people leader. I ignored problems, and didn’t do what was necessary for the health of my team.

One of my biggest failures in managing my team was that I didn’t have the courage to tackle team problems. One of my team members had an unhealthy dynamic with some of her colleagues and with me. She would deliver good results, but her eccentricity made her really tough to work with. Because I valued results over team dynamics, I put up with the eccentricity.

But I was wrong. After my team got moved to another leader, it became clear how cancerous my former team member really was. She had actively prevented her team from talking with me, because she was afraid they might tell me something negative about her. She had worked her team beyond their limits, and many shared with me how they would go how every night in tears. Mind you, these weren’t teenagers. These were professional adults that my direct report had consistently reduced to tears.

In many ways, I own some of the blame for her horrible behaviors. I wasn’t doing my job as her people manager. I ignored bad behaviors and didn’t actively look at the health of the team. When faced with the consequences of her actions, I didn’t want to fire her or deal with the consequences, so I ended up lying to myself. I ignored the problem and hoped it would all get better. But I am not alone. Leaders lie to themselves all the time, especially when it comes to people management. These are the 4 most common ‘lies’ leaders tell themselves to avoid firing someone (detailed in Radical Candor by Kim Scott): Being a great leader is not easy, but at the same time all it takes is effort. It is not something you are born into doing, it’s a skill that you can learn. And the first step in leading a great team is to make sure you are being honest with yourself. Are you making decisions for the right reasons, or because you want to avoid a difficult conversation? Would you be willing to act, or will you just be the ostrich with its head in the sand? Are you going to put the health of your team ahead of your own fears? These are the kinds of questions that leaders need to answer.

But if you are able to honestly answer these questions, then you are on the right path. I’m not only saying that because I build a lot of leadership programs. I am saying that because I have had to go through that journey myself. I didn’t have the natural instincts to be a great leader, but I was able to overcome my issues through dedication, focus, and some courage to lead with Radical Candor.

For everyone that has made it to the end of this article, I recommend you read Radical Candor. At first, I thought the title Radical Candor was just marketing, but by diving deep into the book I realized that too often leaders are not open enough with their people. They aren’t giving truly honest feedback, they aren’t showing vulnerability towards their people, and they aren’t as courageous as they should be, especially when dealing with the emotional side of leadership. At least, I knew I wasn’t doing any of those things.

For these reasons, I hope you buy Radical Candor. You can find the book here. 4 LIES that leaders tell themselves